The Present Preserving the Past for the Future

Over the years the BHPG has produced a number of publications on various subjects matters and each year we produce a calendar. All of these publications available from the group members directly or from

Placing your cursor over each publication will give you information on that publication and details of where it is available from. 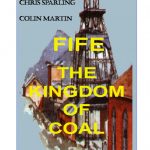 FIFE – THE KINGDOM OF COAL Sketch maps and pictures galore revealing the locations of hundreds of Fife’s coal mines, pits and collieries. 72 A4 pages (double-sided) 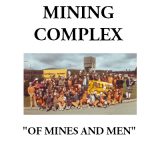 LONGANNET MINING COMPLEX : OF MINES AND MEN An account of the development and events at Longannet Complex in pictures, maps and text from its planning in 1964 until its closure in 2002. 76 A4 pages (double-sided) 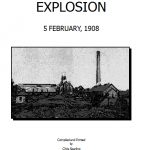 THE MARY PIT EXPLOSION – FEBRUARY 1908 The story of a firedamp explosion in the Mary No. 1 Pit, in early February 1908, which resulted in the deaths of three miners and the serious injury, by burning, of five others. 24 A5 pages (double-sided) 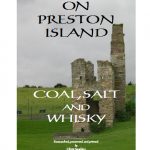 VENTURES ON PRESTON ISLAND – COAL, SALT AND WHISKY Once lying off the Firth of Forth shore between Torryburn and Culross, Preston Island is now attached to the mainland. Read about the early industries based on the old collieries and salt pans of the island and of some later activities by some members of the local population. 20 A4 pages (single-sided) 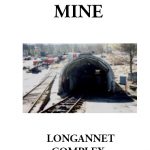 SOLSGIRTH MINE An account of developments and events at Solsgirth Mine, part of the Longannet Mining Complex. 42 A4 pages (double-sided) 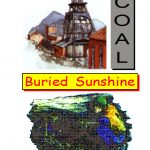 THE STORY OF COAL – BURIED SUNSHINE A must for anybody wondering about coal and coal mining. How coal was formed – how coal was discovered – how coal was mined – the need for coal – the uses of coal – local coal mines – and a quiz to test your knowledge. 41 A4 pages (single-sided) 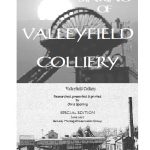 THE SINKING OF VALLEYFIELD COLLIERY An account of the sinking progress of one of Fife’s most famous collieries at Low Valleyfield. 18 A4 pages (single-sided) 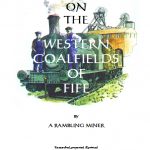 NOTES ON THE WESTERN COALFIELDS OF FIFE The tales of the ‘Rambling Miner’ as reported in the Dunfermline Press of 1888-1889 are a fascinating and detailed account of the early coal works from Valleyfield and Blairhall, in the west, through Oakley, Comrie, Dunfermline and Townhill, to Halbeath and Kingseat, to the east of Dunfermline. 72 A4 pages (double-sided) 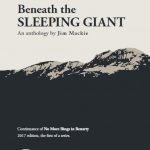 BENEATH THE SLEEPING GIANT – AN ANTHOLOGY BY JIM MACKIE (2017 Edition) Our first annual publication is based on the archived material from the collection of the late Jim Mackie, Ballingry. Topics in this publication include: Beyond No More Bings; Beneath The Sleeping Giant; The Rise of the Fife Coal Company in Benarty; Early Days; Entertainment; A Political Connection – John Clarke George; Archie Ferguson – His Life and Times as a Professional Footballer; Malcolm Duncan; Poets Past & Present; Away from the Miners’ Row; and, Benarty Memories. 48 A4 page book. 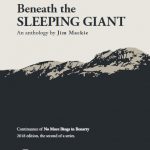 BENEATH THE SLEEPING GIANT – AN ANTHOLOGY BY JIM MACKIE (2018 Edition) Our second annual publication is based on the archived material from the collection of the late Jim Mackie, Ballingry. Topics in this publication include: Remembrances of a Previous Generation; Trams; Poems of Tommy Early; The Bingry Funeral; Lochore, Crosshill and Rosewell Collieries; Granny Remembers; Women on the Mary Pit Picking Tables; Life in Waverley Street; An Old Miner Remembers; ‘The Mary’ Made Lochore; Ballingry Church Rededication; Glencraig Colliery ’26; Glencraig Colliery Explosion, 6th December 1953; The new Catholic Church of St. Bernard’s’ Legacy left by Benarty Heritage Group; and, Putting history in the picture. 48 A4 page book. 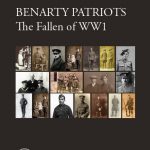 BENARTY PATRIOTS – THE FALLEN OF WWI This publication would not have been possible without the meticulous research and outstanding input of Mr David Blane, Military Researcher for the Benarty Heritage Preservation Group. The book provides some closure about the young men of Benarty who made the ultimate sacrifice in World War One. The book lists the fatalities and their service number, rank and regiment from the first entry, Andrew Adam, to the final entry, Henry Young. 48 A4 page book. 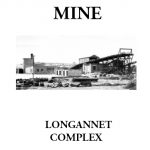 BOGSIDE MINE An account of developments and events at Bogside Mine, part of the Longannet Mining Complex. 28 A4 pages (double-sided) 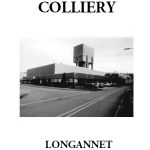 CASTLEBRIDGE COLLIERY An account of developments and events at Castlebridge, part of the Longannet Mining Complex, and the last deep mine sunk in Fife. 40 A4 pages (double-sided) 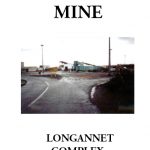 CASTLEHILL MINE An account of developments and events at Castlehill Mine, part of the Longannet Mining Complex. 34 A4 pages (double-sided) 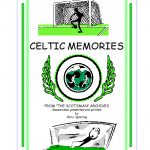 CELTIC MEMORIES Some pictures and text of Celtic matches and events from the football archives of the 1930s. 18 A4 pages (single-sided) 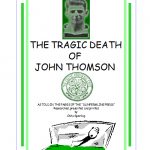 THE TRAGIC DEATH OF JOHN THOMSON Dunfermline Press reports on the sad death of the young Celtic goalkeeper from Cardenden. 20 A4 pages (single-sided) 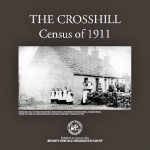 THE CROSSHILL CENSUS OF 1911 Complete documentation, street-by-street, of individuals recorded in the National Census of 1911 while resident in Crosshill. 52 A4 page book. 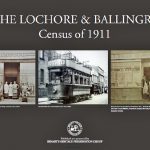 THE LOCHORE & BALLINGRY CENSUS OF 1911 Complete documentation, street-by-street, of individuals recorded in the National Census of 1911 while resident in Lochore and Ballingry. 120 A4 page book. 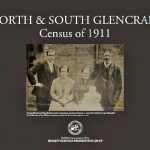 THE NORTH & SOUTH GLENCRAIG CENSUS OF 1911 Complete documentation, street-by-street, of individuals recorded in the National Census of 1911 while resident in North & South Glencraig. 106 A4 page book. 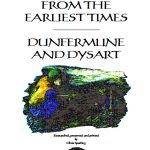 COAL WORKING FROM THE EARLIEST TIMES – DUNFERMLINE AND DYSART Early coal mining in Dunfermline, Townhill, Culross and Dysart in text, maps and pictures, including some descriptions of mine gas fires and explosions at Dysart, Glencraig and Valleyfield. 23 A4 pages (single-sided) 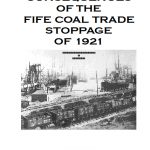 SOME CONSEQUENCES OF THE FIFE COAL TRADE STOPPAGE OF 1921 A tribute to Mr James Innes, president of the Fifeshire Miners’ County Association, precedes descriptions of the deplorable conditions of the coal mines in East Fife due to the stoppages of April, May and June of 1921. 20 A4 pages (single-sided) 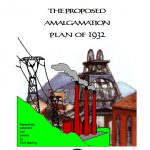 FIFE COLLIERIES – THE PROPOSED AMALGAMATION PLAN OF 1932 How the Coal Mines Reorganisation Commission proposed to amalgamate all eleven major colliery concerns across West, Central and East Fife in November 1932. 21 A4 pages (single-sided) 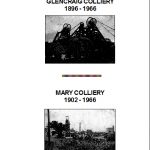 GLENCRAIG COLLIERY 1896-1966 : MARY COLLIERY 1902-1966 A brief history of coal mining events in the Benarty area, including the Glencraig and Mary collieries, to commemorate their 60 years closure. 34 A4 pages (double-sided) 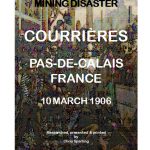 EUROPE’ S WORST MINING DISASTER – COURRIÈRES, PAS-DE-CALAIS, FRANCE – 10 MARCH 1906 This most catastrophic coal mining explosion in a complex of pits in northern France, resulted in the deaths of officially 1099 miners. 42 A4 pages (double-sided) 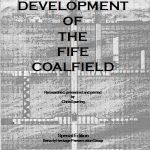 THE DEVELOPMENT OF THE FIFE COALFIELD The articles in the book give a detailed picture of coal mining progress across the Kingdom of Fife in the early years of the 20th century. 17 A4 pages (single-sided) 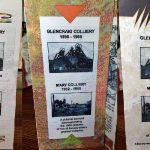 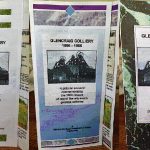 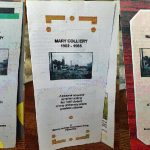